I got to watch a 2nd grade class work on some football skills. It was pretty cool how the teacher did it.

First, she’s the only one out in the field with 40 kids! That’s a lot of squirmy kids. But she kept them inline and interested.

First, she had set up cones so that the students would stay inside her boundaries. And she had a plenty of flags and balls. Every kid had flags and every pair of kids had a football.

The first drill I saw them do was to pair up. She taught them how to hold the ball and taught them about what a fumble was. Then one partner took the ball while the other partner spread their arms and legs apart to make as big a star shape as possible.

The students with the balls then ran around the other students in a bit of mass pandemonium. It was fun to watch.

After a few minutes of running they switched places.

The next drill was a flag pulling drill. Students without the ball (defense) would pull the flags on the students with the balls (offense). If your flag was pulled, you gave the ball to that person and then you became a defender. Again, she taught them the terms of offense, defense and fumble.

They ran around for a few minutes and then she had them put the equipment away and take a water break. I think she had another activity for them but it was time for me to go.

All in all it was a very nice lesson. Kids had fun, learned and were active. It was a direct contrast to the middle school class I watched that played dodgeball. That’s a completely different story. 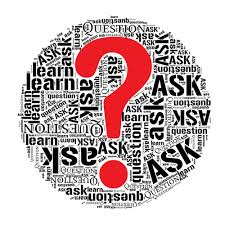 (Feel free to comment or add your own at the end!)

Open ended questions are the type that encourage deeper thinking from your kids. They are the ones that don’t have a correct answer and can’t be answered yes or no.

“What the hell are you doing!?” is not an open ended question. Neither is, “What is the airspeed of an unladened European swallow?”

Coming up with open ended questions can be tough. I always loved it when I did but was frustrated that I couldn’t pull them out of my pocket.

There are different types of open ended questions. But as a rule they fit into these categories:

Here are practical examples for you to use.

Give some of these a try and see how they work. And if you have more to add, please don’t be shy and leave a comment.

This Breakthrough Book Gets Your Kids Off the Couch and Onto the Field!

In my comprehensive guide you’ll gain access to tools and exercises that will enhance your child’s athletic abilities and love of wholesome, competitive sports like soccer. You’ll learn …